Ioana Sandescu Bauer and her team at eLiberare are tackling the pervasive issue of human trafficking in Romania by equipping all members of society with the awareness and prevention tools necessary to stay safe.

Ioana Sandescu Bauer, President of Board of Directors
at eLiberare

When Ioana Sandescu Bauer began her master’s degree at Eastern Tennessee University, she was a long way from her hometown of Brașov, Transylvania in Romania. She often shared stories about what life was like in Eastern Europe, but it was her peers who first exposed Ioana to the pervasive issue of human trafficking in Romania. To her horror, she learned that her home country is one of the primary source countries for sex and labor trafficking victims in Europe.

Ioana then quickly connected the dots of stories from her childhood peers, friends, and neighbors who would travel abroad for “jobs” that were described as “producing.” She recalled the judgment directed at these young women who were engaging in what she had previously understood as consensual sex work but was, in fact, a part of a much larger, darker system. Ioana exclaimed, “I’m sitting there and reading, and realize that’s what happened to that girl. That’s what was going on right in front of me, in plain sight.” 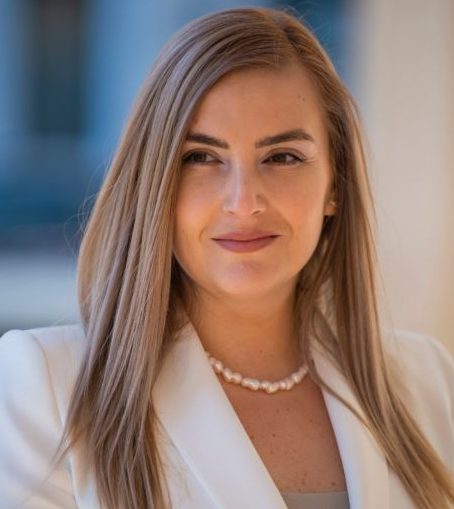 The International Labor Organization estimates 40.3 million people fall victim to human trafficking globally, accounting for 150 billion dollars a year in global revenues. This behemoth of an industry affects tens of millions of people, and from a sheer numbers perspective, the scope and depth of this problem can be paralyzing.

To learn more about this issue and how she could help, Ioana volunteered in shelters that offered aftercare for victims of human trafficking in the United States and then in Greece. Most of the victims she supported were Romanians who shared stories similar to those Ioana heard from her friends of being offered work abroad.

Ioana wondered, “What would it look like if we actually stopped them from becoming victims? I kept seeing patterns and trying to find resources back home, but I realized that there wasn’t a lot being done on the prevention side from what I could find.”

Now, Ioana is leading eLiberare, an organization in Romania focused on doing exactly that: ensuring that society-at-large is aware of and educated about this issue to tackle it at the source. Because of how deeply embedded and complex these systems of exploitation are, Ioana knew eLiberare’s response needed to be just as massive and organized. Since 2013, eLiberare has combatted human trafficking through a coordinated social movement that relies on a multi-pronged strategy: awareness education, prevention training, and advocacy.

Educating and Mobilizing the Masses

If Ioana hadn’t identified this issue in her own community until she was well into her twenties and thousands of miles away from Romania, how could others? For eLiberare, the answer lies in both educating the country about the issue of human trafficking and equipping its citizens with prevention tools.

ELiberare’s educational campaigns are scaling deep by changing the attitudes about who human trafficking affects and dispelling the dominant attitude “it could never happen to me.” In fact, Ioana noted that this dangerous assumption was previously held by survivors of trafficking. Many people are lured into trafficking on the premise of being offered a “good job” or “better life” in other countries in Europe. And, these networks are close to home– eLiberare reports that 73% of trafficking victims are recruited by people they trust including relatives, neighbors, friends, schoolmates, or former co-workers. 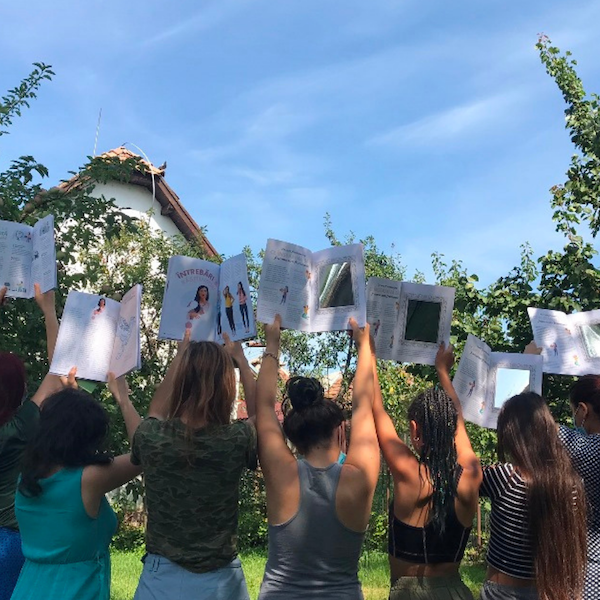 Resources created by minor-survivors of human trafficking. The young ladies are seeing the result of their work. Photo by eLiberare.

Ioana noted, “It’s very easy to hide [human trafficking] under judgmental views or skewed worldviews of certain populations. But everybody must understand human trafficking concerns us all, not only victims and their families, but our communities, countries, and even regions as a whole.”

To lessen the stigma, eLiberare is shedding light on the issue while disseminating tools necessary to reduce its scope through education programs and events. Since 2016, eLiberare has provided teachers from around the country with free resources and a curriculum to address what human trafficking is, how it works, and how to stay safe. ELiberare has reached 165,000+ students directly from over 1,000 schools.

But for these educational tools to work, enough people must be cognizant of the issue and have the skills to respond in a unified fashion. Thus, Ioana and her team are scaling out, reaching as much of the country as possible through their programs, events, and training.

In response to the COVID-19 pandemic, eLiberare digitalized the curriculum from a campaign eLiberare led in 2016 called “The Freedom Tour.” This 37-day tour around the country featured five young adult survivors who shared their stories and called the public’s attention to human trafficking. After digitalizing the campaign, Ioana and her team were able to reach over 700,000 students–around 20% of Romania’s student population–without even leaving their office.

To reach large numbers of Romanians, Ioana and her team show up to venues with guaranteed crowds, such as concerts and airports. At the country’s biggest electronic music festival, an awareness campaign called “Untold” reached thousands of attendees. To bring attention to labor exploitation, eLiberare launched the “Airport Campaign” in twelve airports across the country using posters and signs to educate people about how to report suspected cases reaching 15,500 people.

From Priests to Police, Everyone Can Play a Role

While eLiberare engages and trains traditional actors including police officers, social workers, and other emergency responders who are thought of as the most likely to encounter a potential victim, they also extend such capacity-building sessions to less traditional actors. The more people who are trained in prevention and reporting mechanisms, the more protected communities are.

Ioana explained that over half of the Romanian population is located in the rural areas where the Church has a profound influence at the community level. Thus, Church leaders can play a vital role in the early detection of cases. So, the eLiberare team engages religious clergy, professors, and civic leaders–all of whom have personal knowledge about their communities, a sense of authority, and are in a position to identify current victims and pose substantial hurdles for traffickers.

“What all these people have in common is the fact that they still have access to victims while they’re in exploitation, and they can be an exit point. It can be one of those encounters that can make the difference between exploitation and coming out of it,” Ioana said.

In fact, The eLiberare model for empowering priests, religious communities, and professors in detecting potential human trafficking cases was recognized internationally by the United Nations University as a good practice model.

Ioana said, “Prevention is not just about education; it is about creating actual barriers in the face of traffickers. So, it is crucial that the community is prepared, they know the signs, and people know where to report and ask for help.”

“Human trafficking is not about solving one big issue, rather hundreds of smaller ones,” Ioana explained. Since this issue is compounded by poverty, gender inequality, corruption, and unemployment, public policy must also play a role to achieve the systemic change necessary to abolish human trafficking. In 2020, eLiberare was able to improve national mechanisms for child protection, institute international best practices in case detection and notification, and lay the foundation for a national platform for anti-trafficking organizations to pool resources and further their reach.

After identiftying the need for a framework of proper care standards in youth shelters, eLiberare contributed to the Minimal Quality Standards for services provided to trafficked minors. Next, eLiberare and a team of partners corrected the law to increase jail time for crimes of child trafficking and possession of child pornography. ELiberare also helped create an identification system for minors who are missing or voluntarily left special protection.

To provide resources and tools for anyone interested in joining the fight against human trafficking, eLiberare joined forces with other leading organizations to build the collaborative platform called “ProTECT.”This platform allows organizations to work together more effectively and efficiently in prevention, protection, assistance, and advocacy efforts. The platform has assisted over 6,000 victims, informed over one million, and provided training for over 56,000 specialized workers.

Although the issue of human trafficking may seem insurmountable considering the massive numbers of victims and deeply rooted recruitment systems, eLiberare maintains a focus on the power of hope, rather than fear, to spark this social movement. Ioana and her team at eLiberare have sparked a social movement that revolutionizes prevention efforts by placing the onus on the individual to stop human trafficking. 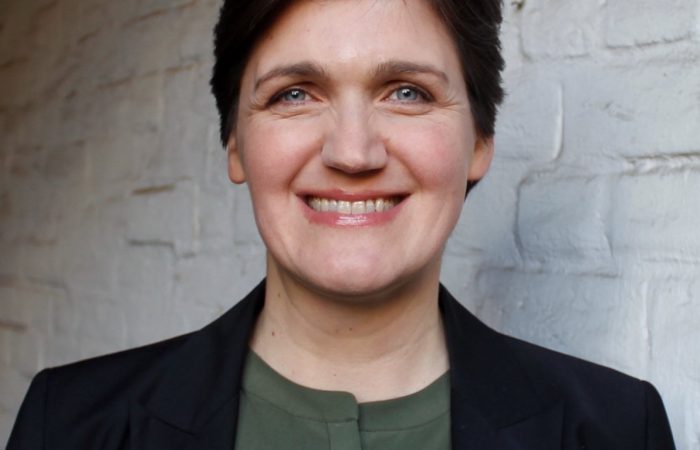 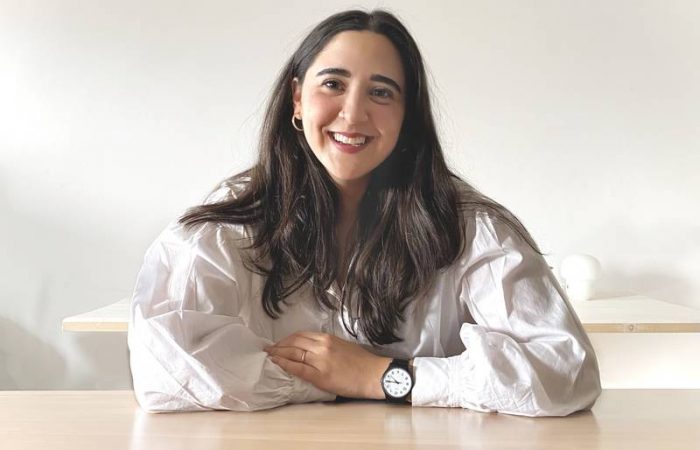 ••Audrey
Manage Cookie Consent
To provide the best experiences, we use technologies like cookies to store and/or access device information. Consenting to these technologies will allow us to process data such as browsing behavior or unique IDs on this site. Not consenting or withdrawing consent, may adversely affect certain features and functions.
Manage options Manage services Manage vendors Read more about these purposes
View preferences
{title} {title} {title}